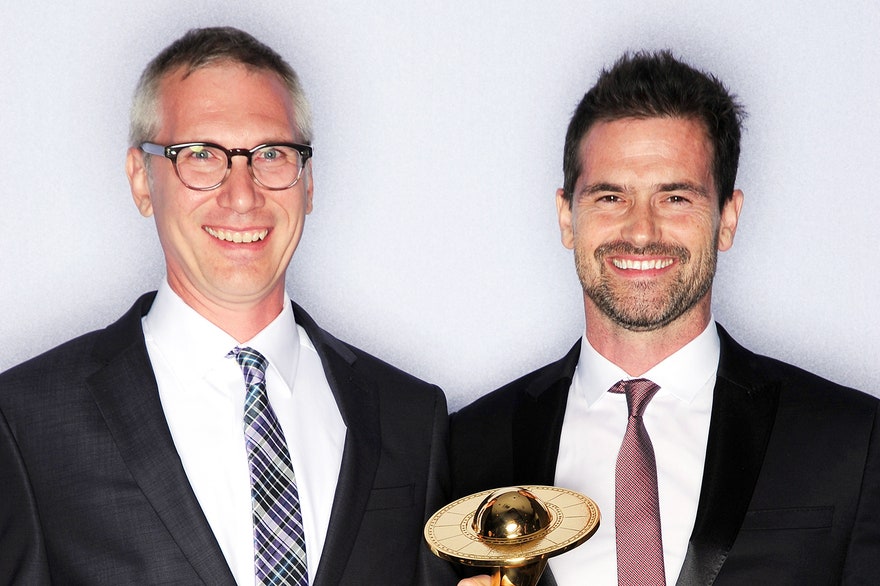 I’ve realized I’ve been posting so much about the big screen, but the little screen deserves some love too! These two writers, Matt Sazama and Burk Sharpless, have just put out the Netflix reboot of “Lost in Space.”

Oh, you miss the one with Joey from “Friends” too…? A part of me really wants to go back and watch that again.

Anyways! It’s really an awesome show, and they have fully reimagined everything that went into the original to modernize it… including the badass new version of everyone’s favorite robot. This is very much a family show, but it’s very mature for being so. I think adults and kids alike can enjoy it, and it’s hard to find something like that these days. I felt like it just pulled all the right strings.

Matt Sazama and Burk Sharpless are most well-known for having written “Gods of Egypt,” the new “Power Rangers,” and “The Last Witch Hunter.”

Here are a few questions from the interview:

“Tell me a little bit about both of your histories with this franchise. Was the original Lost In Space a big part of your TV experience as kids?”

“In developing this premise for an different audience than the one who watched the original in the 1960s, what were some of your main objectives for updating the story?”

“The first season dives directly into the Robinsons’ spacecraft crashing and then backs into a lot of their backstory from there. Was that always how you saw the season playing out?”

2 thoughts on “Matt Sazama and Burk Sharpless On Writing”