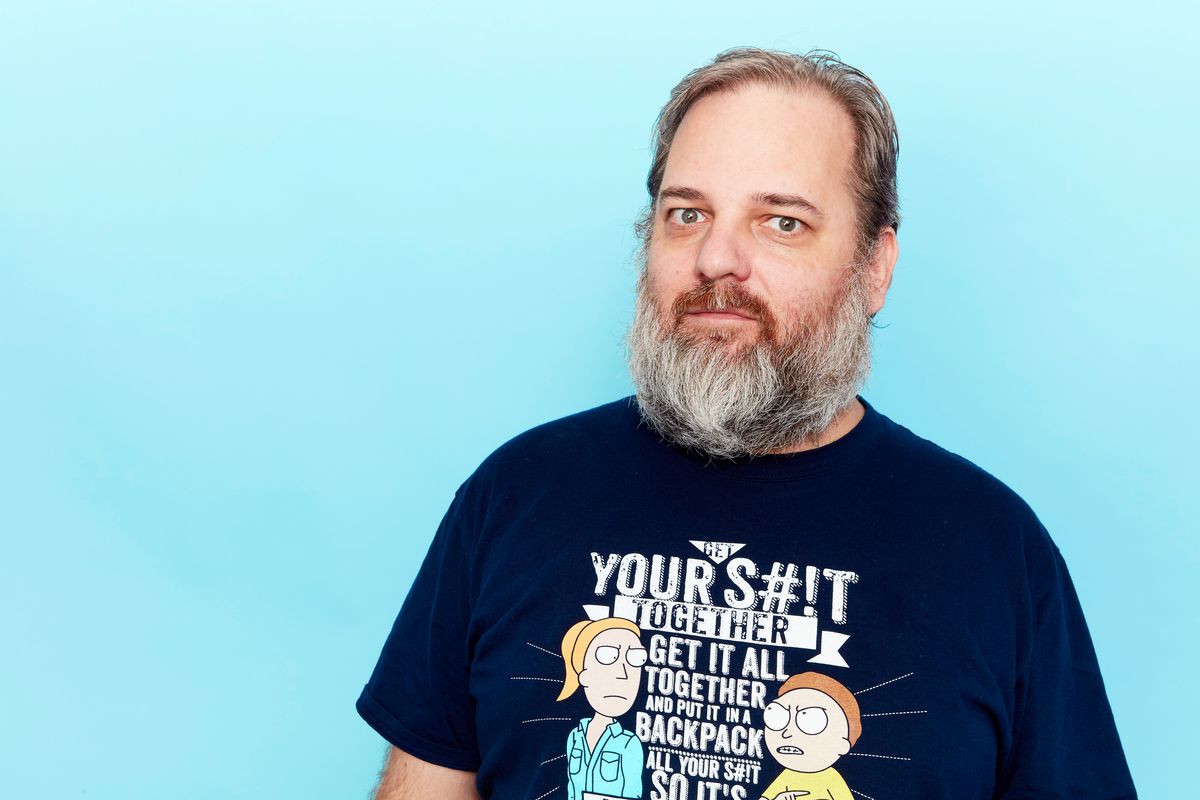 Look at that guy. That right there is the creator of “Rick and Morty.” I think he knows you’re looking at him… This is possibly one of the craziest, most intelligent, and funniest shows on TV, and to top it off it’s a cartoon. You have to see it to understand, and once you’ve seen it you’ll be a changed person, mostly for the better.

Besides “Rick and Morty,” Dan Harmon is most well-known for having written “Community,” “Monster House,” and “Laser Fart.” He really broke out with his comedy “Community,” which was known to be a fun comedy about community college.

This interview was taken after season 3 so there will be spoilers! This is a pretty good interview. I had to go through too many that asked mostly about Szechuan sauce… as delicious as it looks I wanted to know more about the writing process.

A few questions from the interview:

“This season took longer to write. Why?”

“We meet so many different types of alien species in Rick and Morty. How do you guys come up with ideas for new types of aliens, and what is that process like?“

“Are there any other characters that you’ve wanted to dive into more deeply but haven’t had the chance to yet?”

And here’s the link to the full interview: TIME – Dan Harmon on the Future of Rick and Morty and That Community Movie