According to reddit, this mini-essay was published as a preface in the Coen Brother’s script for Blood Simple. 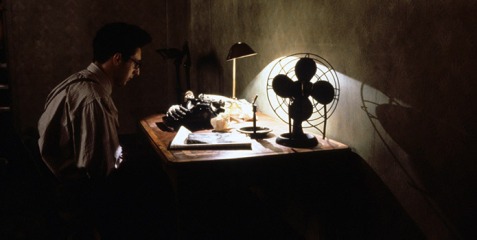 How much rewriting is enough? How much is too much? When do you quit?

Even did he wish to, the critic couldn’t answer, for he doesn’t know. He might believe that you quit revising a manuscript when it is “right.” He might also believe that a bell sounds on the floor of the stock exchange when the Dow has reached its high of the day. Neither will the professional writer tell you the rule for when to stop writing, because he is insecure, fearful of giving up trade secrets and losing his competitive edge. We’ll tell you, because we’re in the movie business and so our careers depend on public caprice rather than the play of competitive market forces. The rule is, you quit rewriting when your manuscript starts to bore you. Only the amateur, who has boundless energy and who lacks the imagination to stop, ever works beyond that point.

Consult, then, your heart. Once your work feels stale and tiresome you should present it to the public. Anyway, that’s what we do.

Quiet, communal workspace on the westside of Los Angeles. View all posts by theOffice